The Freedom of Blyth was granted to the Submarine Service in 1979 in recognition of the very close links which existed between the town and the service in both world wars where submarines were based and operated from and where many sailed from on their final patrols  . To mark the occasion HMS ONSLAUGHT visited and laid the anchor of HMS Tiptoe in the Town and a remembrance service is held there every year.

These photos from Alan Jones: 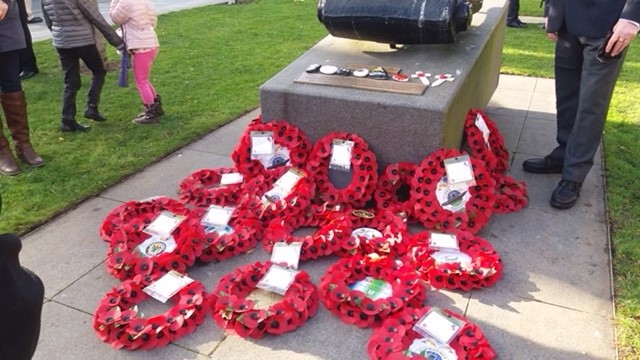 One thought on “Blyth and HMS Tiptoe”